Shalom Moskovitz (1896-1980) known as Shalom of Safed began to paint relatively late, at the age of 55. For more than half a century he worked at various crafts, mainly watch-making, but also as a stonemason and silversmith, and led a quite and religious life. He came across painting accidentally and started to paint subjects closest to his heart, the events of Jewish history, as narrated in the Old Testament and elaborated in the Talmud and other books. Shalom considered himself a “historical writer” rather than an artist, retelling the stories from Genesis and Exodus. He inserted scriptural verses and other legends to ensure clarity. His works often “read” like Hebrew with movement and sequence running from right to left, from top to bottom. Shalom had claimed that he did not work from his imagination, yet there is humor as well as imagination in his vivid colors and rearrangement of elements of his Bible stories.
Although “primitive” in the sense of being untaught, Shalom paints neither as a recluse or a total naïve. It is the indirect and intimate awareness of his heritage that enables him to transcend conventional barriers and forms.
Shalom of Safed had many exhibitions around the world, among them at the Jewish Museum (New York), the Renaissance Society (Chicago), the Israel Museum (Jerusalem), the Stedelijk Museum (Amsterdam). 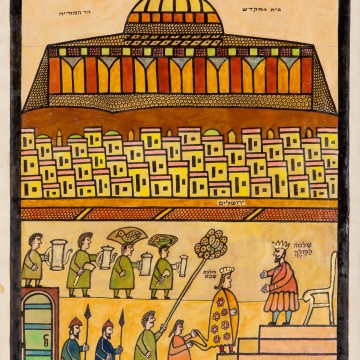 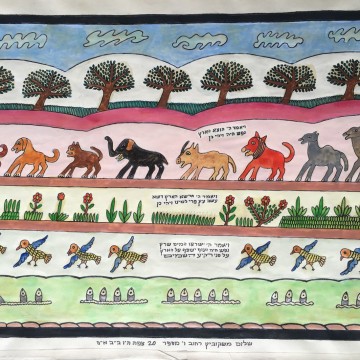 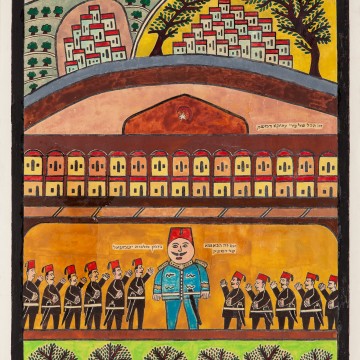 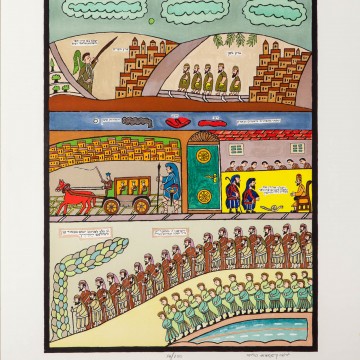 Shalom Moskovitz $350
Adding to cart
Out of stock 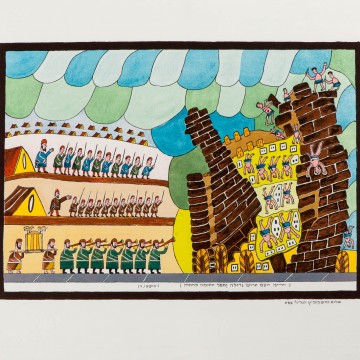 The fall of the Jericho walls‬‏ 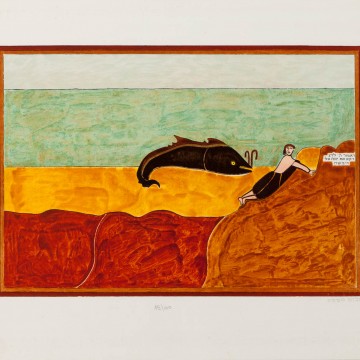 Jonah and the fish